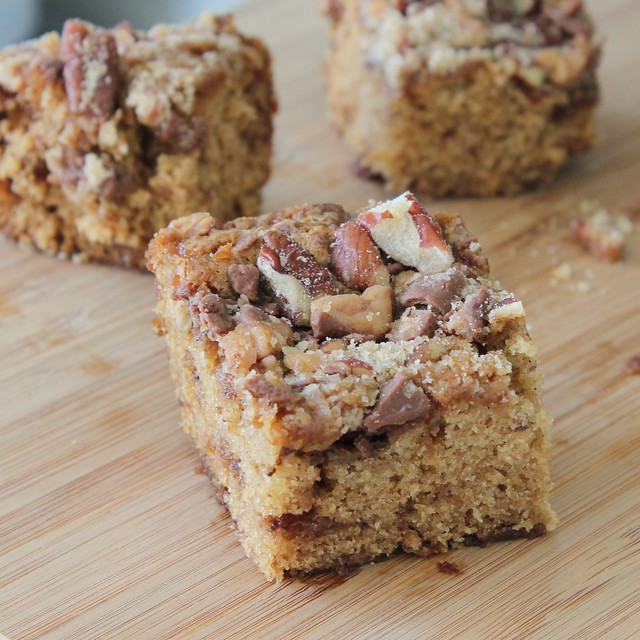 I’ve had Britain on the mind lately. 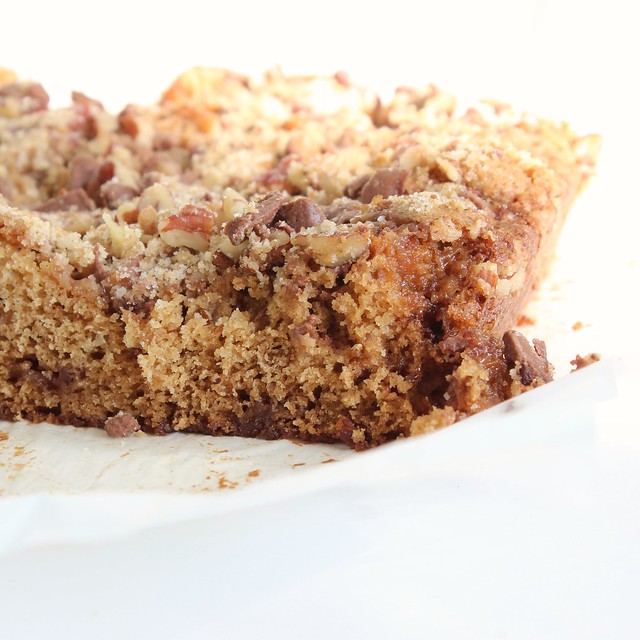 If you’ve been reading this blog for a while, you’ll know this is not an unusual occurrence. 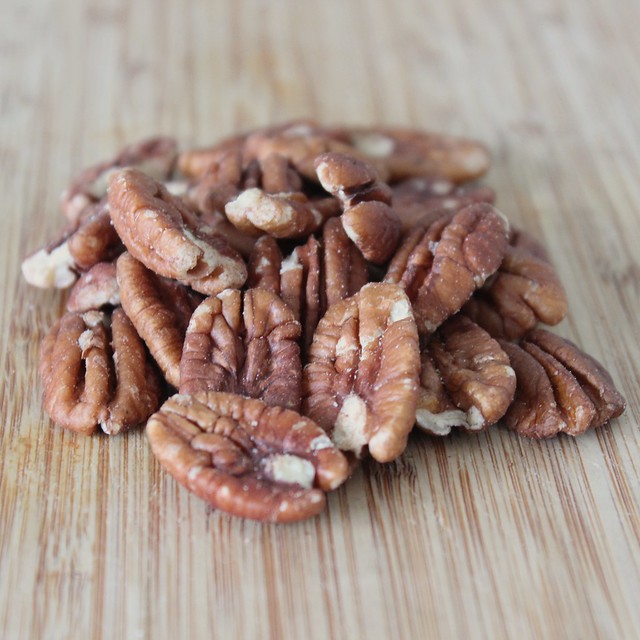 I’m a big fan of all things British: Scones. English chocolate. Harry Potter. Sherlock. Downton Abbey (see above) and other, real English country estates. Free art museums with glorious collections. And of course, the accent. (Does anyone else sometimes get the strong urge to just start speaking in a British accent to random people? Or their cats? … Just me? Okay, then.) 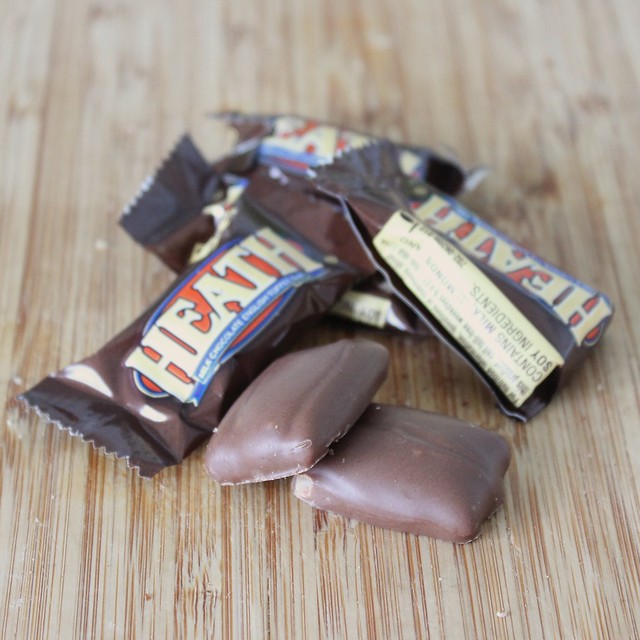 My current British obsession combines nearly all of the things above: THE GREAT BRITISH BAKE-OFF. Oh yes. (Minus Harry, Sherlock, and the National Gallery–can’t win ’em all. Although, maybe they’ll have to create cakes inspired by works of art for the season finale, and Benedict Cumberbatch will cameo as a guest judge for some inexplicable reason… hey, a girl can dream.) 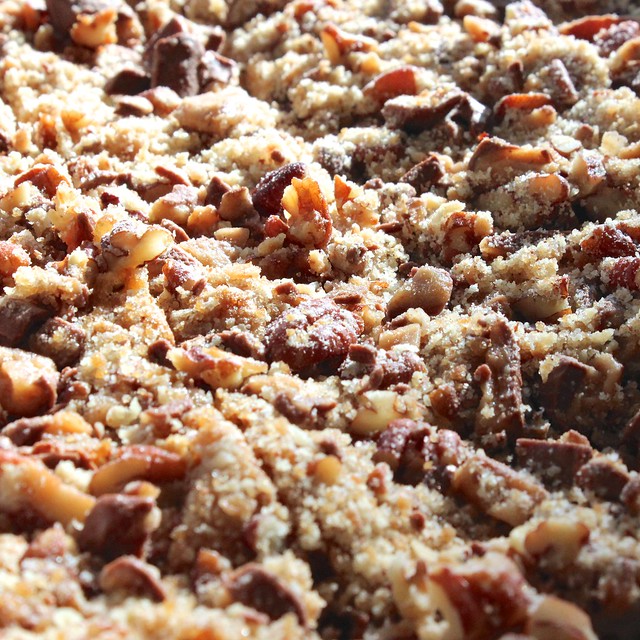 The Great British Bake Off is seriously awesome. A reality show where the contestants are not only incredibly talented non-professional bakers but also all actually care about each other? Dry and witty comedienne hosts? Decidedly pro-UK interludes with food historians? A judge named, I am not kidding you, MARY BERRY!? TV does not get better than this, people. Especially when you’re a baker yourself and occasionally realize you know more than the contestants (case in point: kouign-amann, best pastry ever–how had NONE of them ever heard of it before!?). 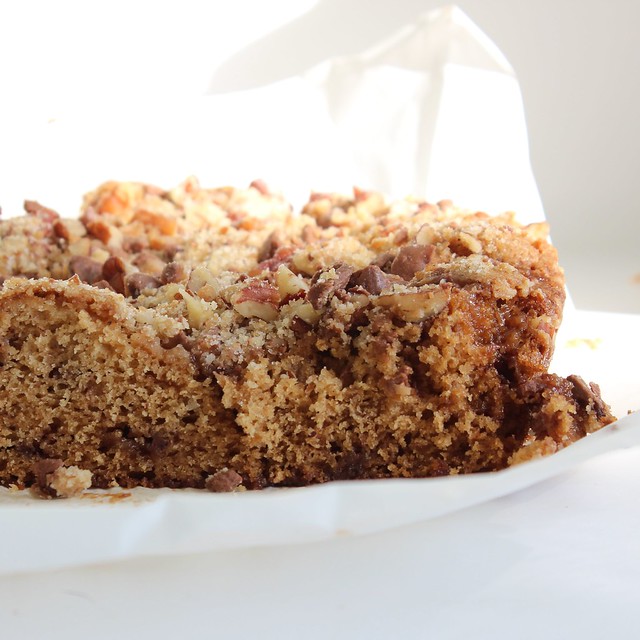 So what does GBBO, as the Brits call/hashtag it, have to do with this coffee cake? (Coffee cake is not exactly British, after all.) 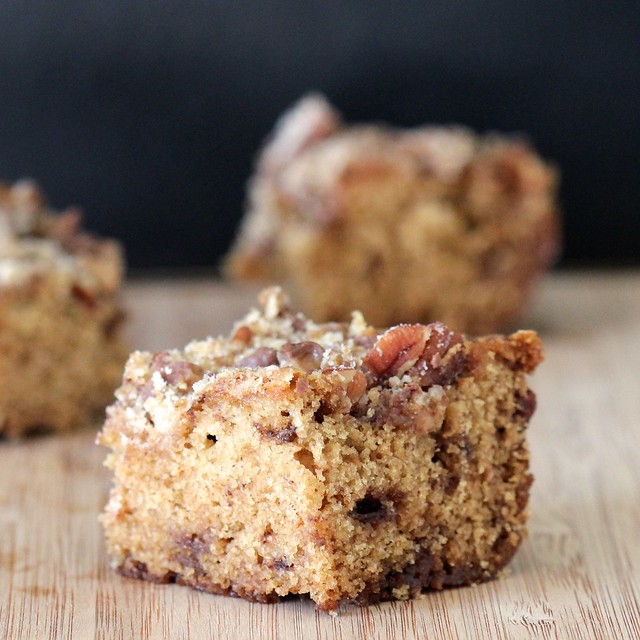 Toffee! That’s how I’m bringing this full circle. (Yeah, it’s a stretch, because turns out what we in the US refer to as “English toffee” is not really anything like what toffee is in the UK. Whatever, just go with it, I really just wanted an excuse to talk about the Great British Bake Off.) I’m not the biggest fan of toffee–it’s definitely more of an English confection than American–but when you douse it in brown sugar, flour, and cinnamon, it is definitely OK by me. 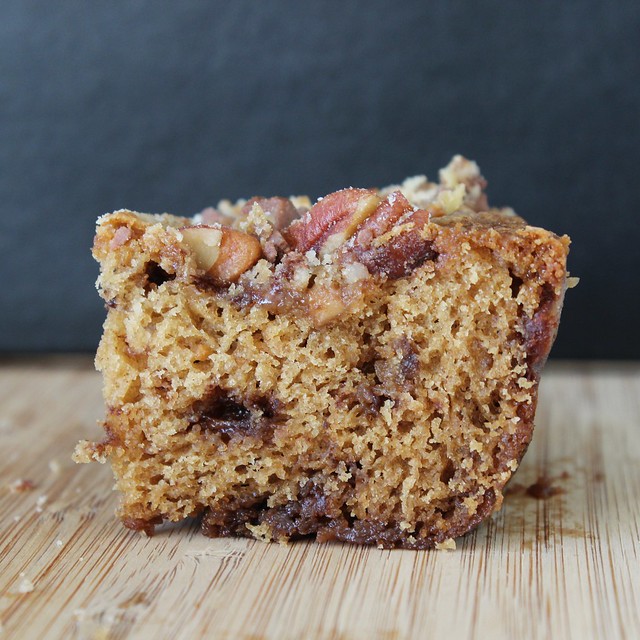 One of my curator pals, a fellow baker, recently told me about this recipe and I had to give it a try once she described it. And I am so glad I did. I adapted it a bit on the go (adding toffee bits and cinnamon to the batter itself) and it is pretty amazing. 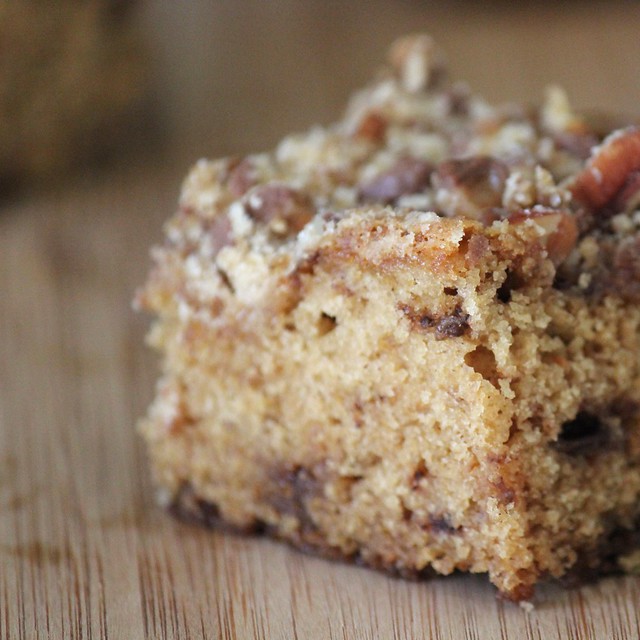 If you want to make your own British connection, you can always sub your side of coffee for tea. In the meantime, I’ll be spending my Sunday catching up on past GBBO seasons with this coffee cake at my side. 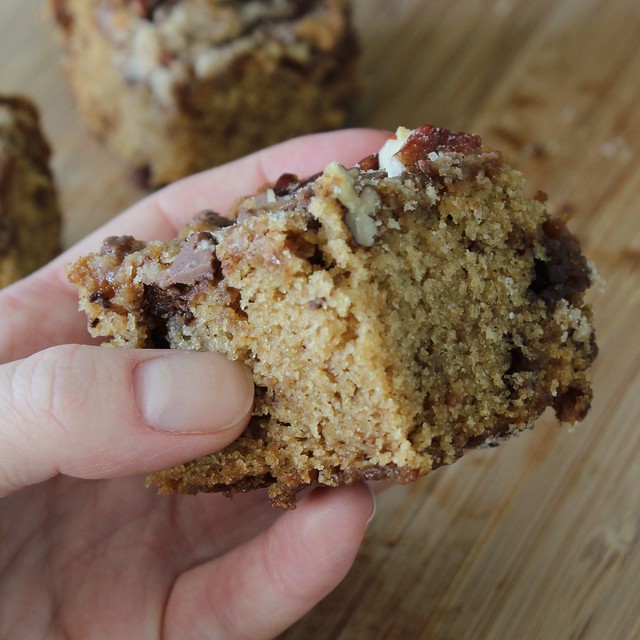 Toffee Pecan Coffee Cake
Adapted from Epicurious
Makes approximately 24 squares, depending on how large you cut them

In the bowl of an electric mixer, combine flour, both sugars, butter, salt, and cinnamon on low spead until the mixture resembles coarse meal. (You may want to use a pastry cutter for this to make it easier to work in the butter.) Transfer 1/2 cup of this mixture to a separate bowl and mix in toffee and pecans; this is your topping. Set aside.

Bake until topping is golden brown and a tester comes out clean, about 35-40 min (mine took just over 40 minutes). Cool completely in the dish and store in an airtight container.